Dogs are a vital component of anti-poaching operations 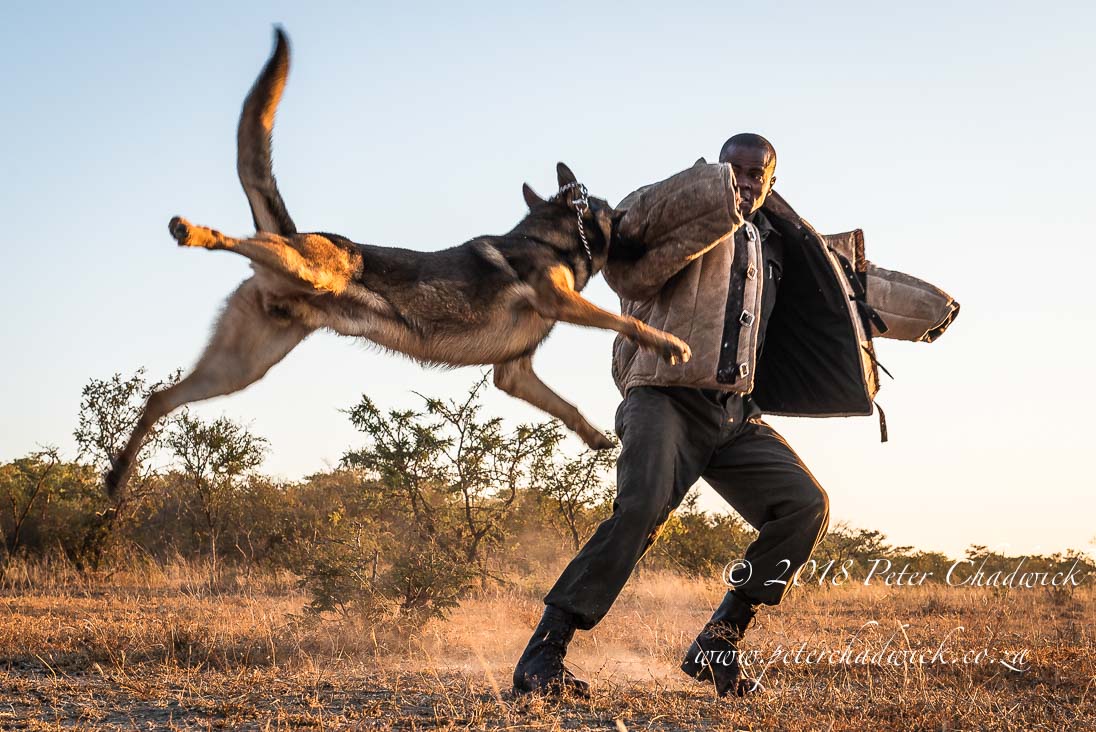 One of the greatest game changers in the fight against wildlife crime has been through the use of mans best friend in anti-poaching operations. A variety of breeds of dog are now being used across a wide range of capabilities. These include tracking down poachers, being used as attack dogs to bring down poachers in difficult circumstances and as scent detection dogs at airports, port facilities and within protected areas.

Packs of Fox Hounds are able to track a spoor at a full run thereby giving counter-poaching units a distinctive advantage of being able to save valuable time in catching up with poaching gangs. During a training exercise, I watched these dogs follow a track where the ranger had a run 40 minute head start through the bush - they caught him in six minutes! Bloodhounds are being used effectively to follow tracks as old as 24 hours and Melanois’s have the advantage of being able to both track and attack. In recent cases in the Kruger National Park in South Africa, these dogs together with their handlers have tracked down poachers after having followed spoor for over 30 km’s in rugged and extremely difficult terrain.

Beagles, Spaniels and Labradors have become essential in detecting hidden weapons or animal parts such as ivory or rhino horn and they are now routinely used to search vehicles and people entering and leaving protected areas and in searching luggage and containers at ports and airports. The dog’s highly sensitive nose has speeded up and greatly improved the ability to successfully search through large quantities of shipping containers before they leave port.

Not only have dogs become such a vital component in the fight against poaching, but also it is also amazing to see the strong and affectionate bonds that develop between the dog and the handler with the dogs absolutely loving the work that they are doing. Dogs have definitely made it that much harder for wildlife criminals to succeed!