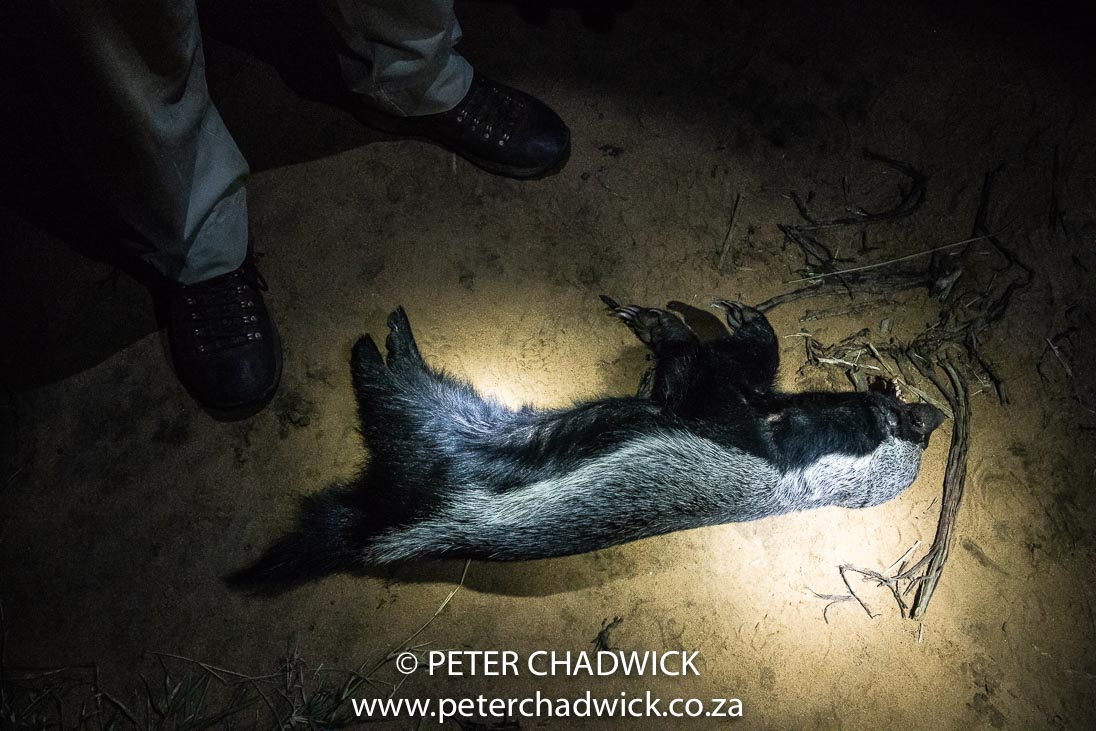 A rarely seen honey badger that was killed during the early hours of the night by a speeding vehicle. Most people don’t give such sights and tragedies a second thought. Yet annually millions of birds, animals, reptiles and amphibians are killed on the roads. This cataclysmic problem is leading to severe population declines and often has a far greater impact than illegal wildlife crime. Many of these animals do not die immediately but suffer a slow traumatic death from their severe injuries.