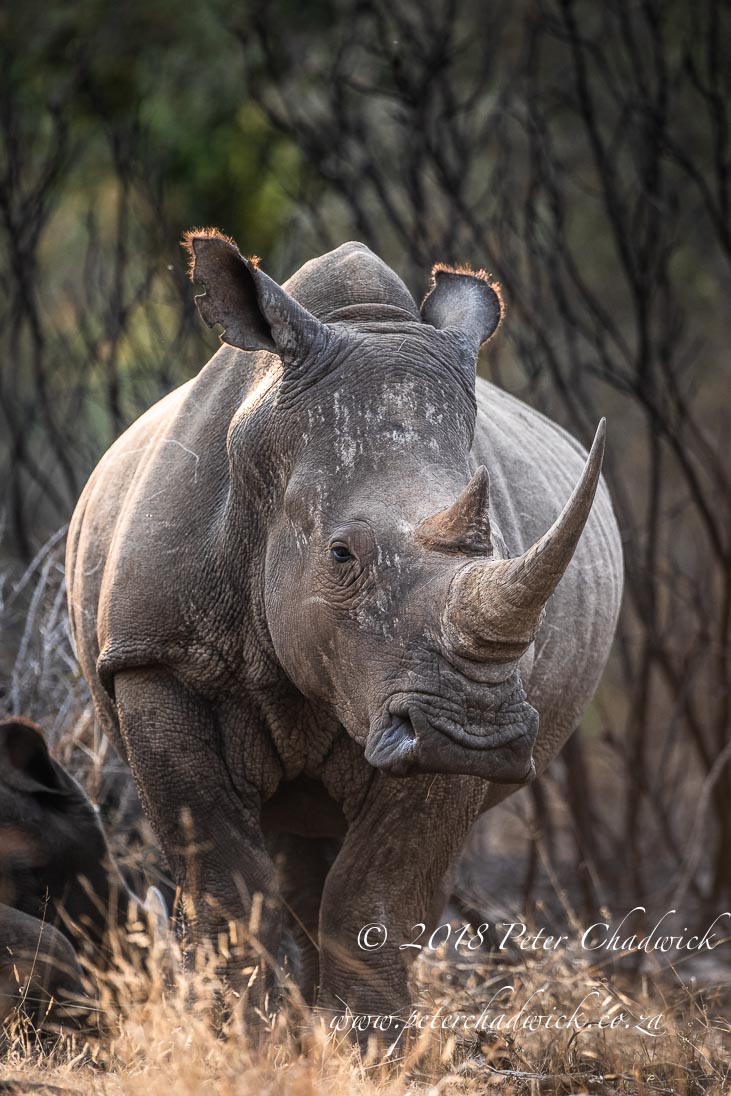 World Rhino Day is on the 22nd of September and it is because of animals such as this magnificent Southern White Rhino cow that we cannot give up the fight against the horrific onslaught of poaching that is decimating rhino populations across Africa and Asia. This female stands guard over her young calf that is fast asleep and unaware of the dangers that mans greed brings to their species.

While much progress has been made at ground level in terms of improving law enforcement and through supporting ranger teams to be able to catch the poachers, the biggest gaps that now need to be addressed is ensuring that the judicial system comes fully on board. It is imperative that the current rate of weak prosecutions are addressed and that the judiciary fully understands what risks have to be taken to get a poacher to court. Bail must not be an option for suspected poachers and stiff sentencing without options of parole must be handed down as the legislation actually allows for.

The judiciary is the weakest link and until they start pulling their weight all effort by the rangers and other dedicated conservationists in trying to protect the rhino and other species is a waste of time. There are some real tough magistrates out there that have set magnificent examples of what can actually be achieved and for us as society, we need to raise the call that all the other judicial parties follow in setting a firm example that poaching of Africa’s iconic wildlife will not be tolerated!