Africa’s iconic rhinos have been facing a tremendous threat over recent years through a brutal poaching onslaught against them that has targeted their horns for use by Asiatic markets.

As a result of this continual attack, conservationists have had to take considerable measures to protect this iconic species of Africa. Anti-poaching units have been formed, trained and equipped to tackle the armed poachers and rhino have had to be captured and fitted with radio collars and have either had their horns fitted with transponders or have had the horns totally removed. In severe cases, populations of rhino have had to be removed and translocated from high-risk areas.

You can help Africa’s rhinos from the poaching pandemic by supporting the rangers that are the frontline of conservation. 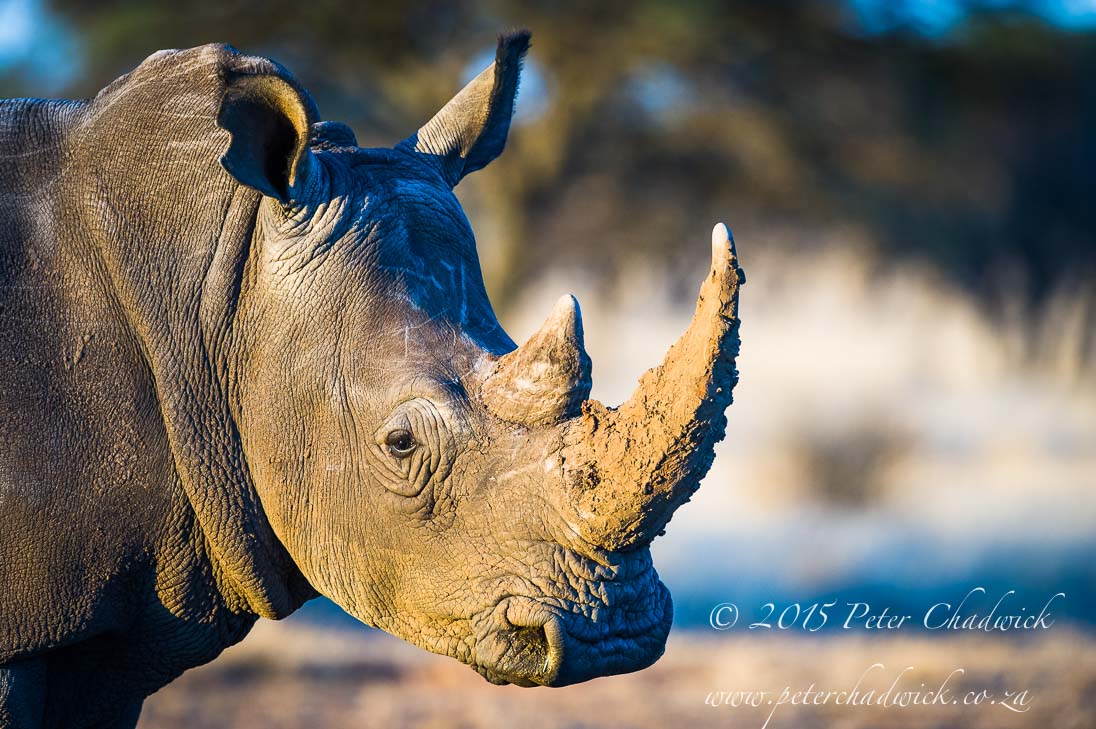 1 of 12: Portrait of a White Rhino at sunset and as the rhino comes to quench its thirst at a waterhole 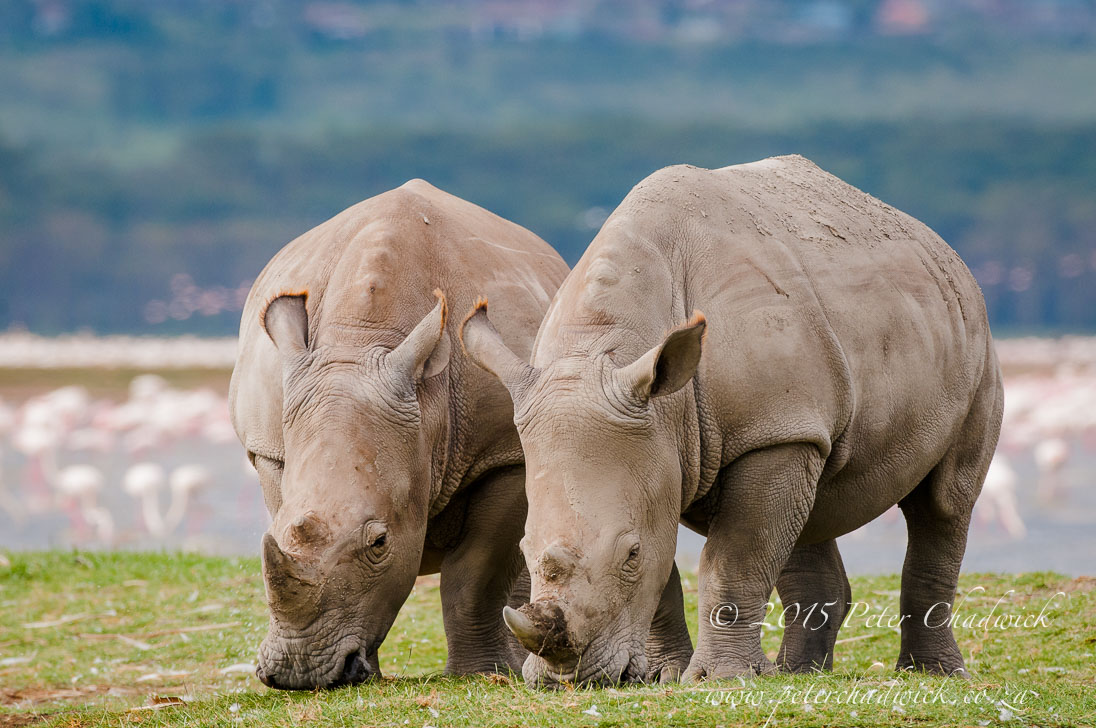 2 of 12: White Rhino's graze on the short lush grasslands adjacent to a large lake. 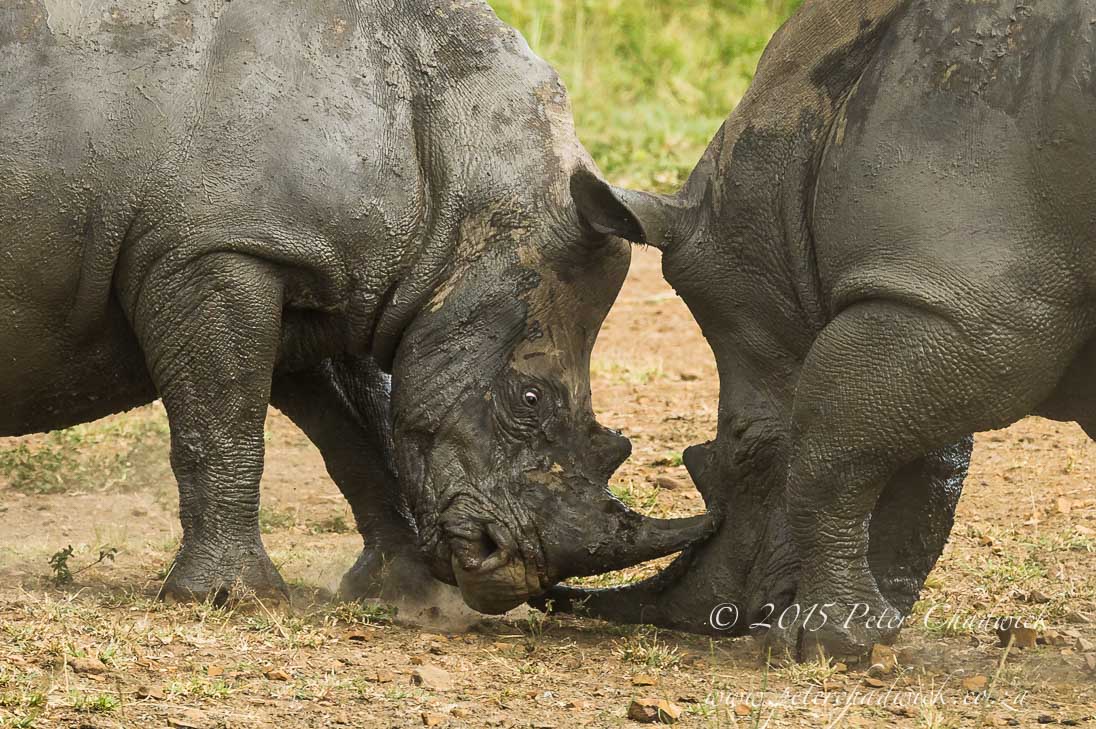 3 of 12: Two White Rhino bulls spar aggressively near a waterhole 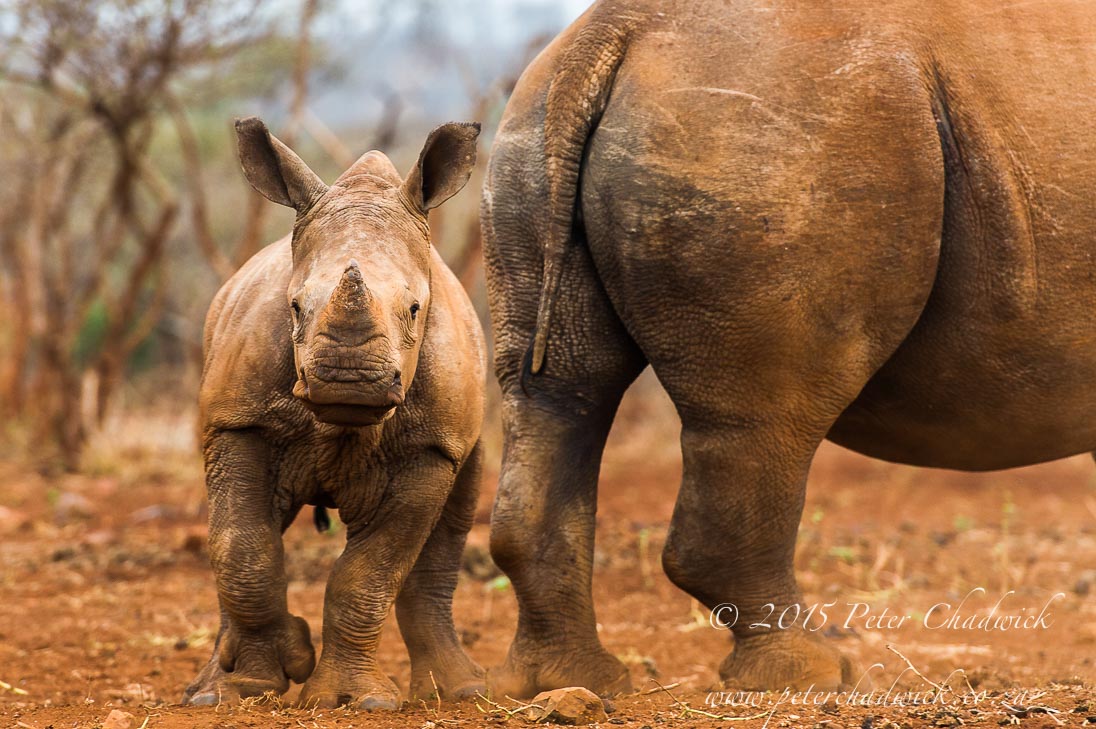 4 of 12: A White Rhino calf stands close to the protection of its mother 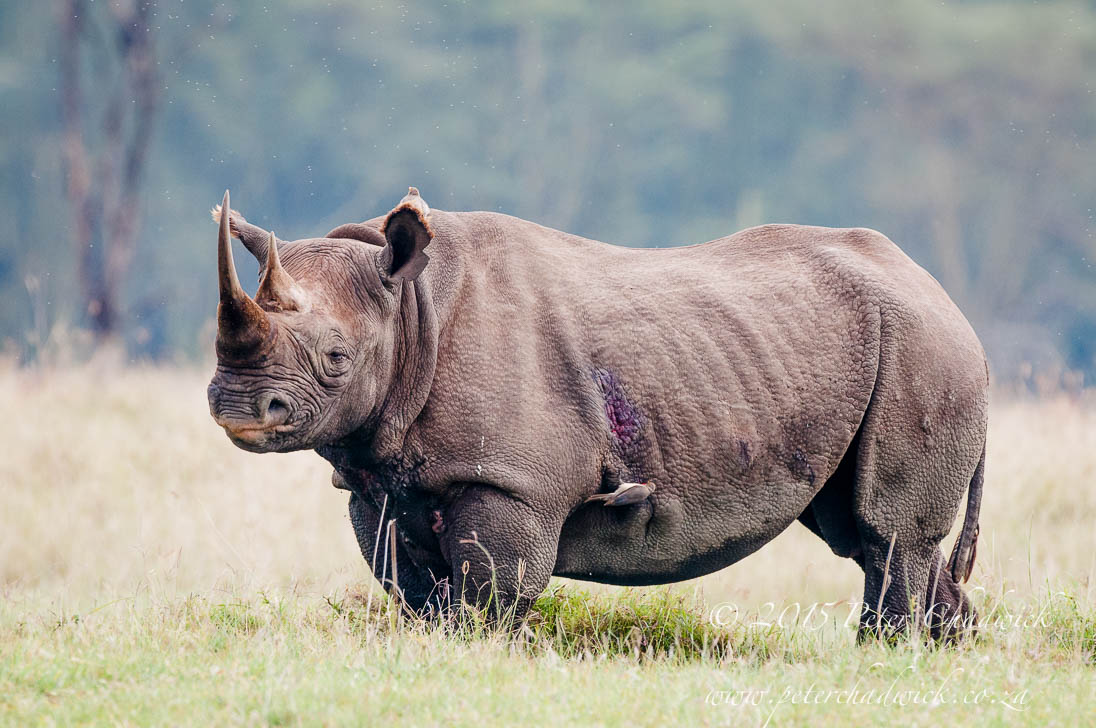 5 of 12: A Black Rhino bull pauses to sniff the air as it wanders across open grassland 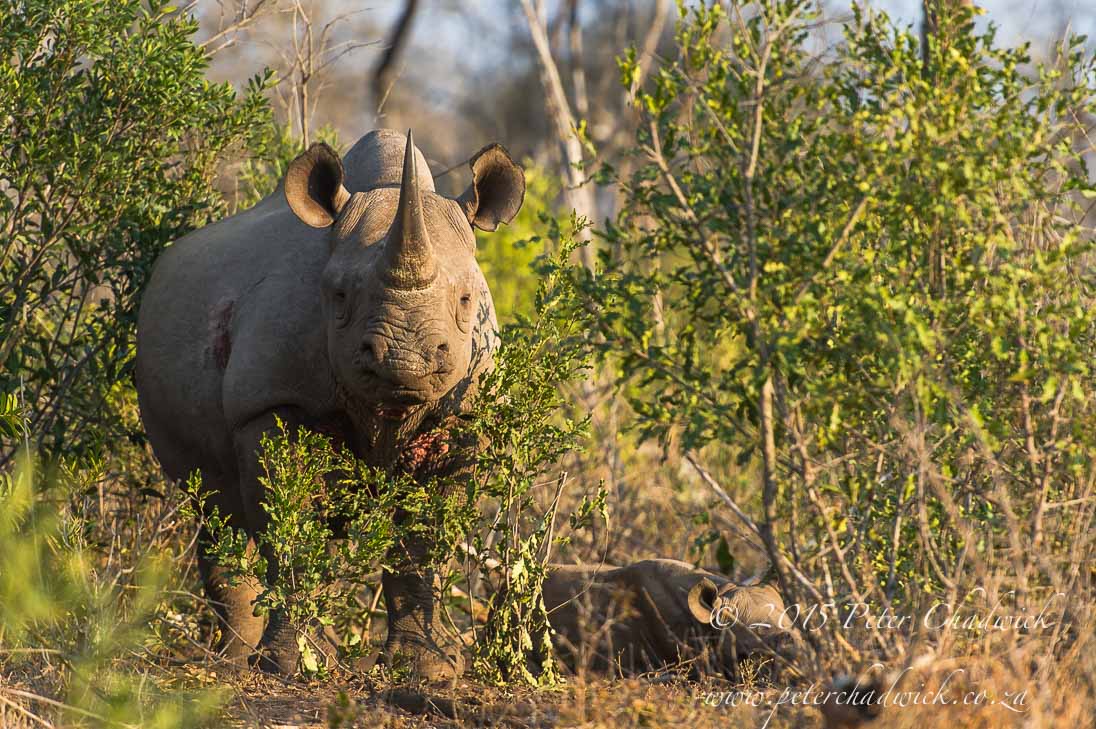 6 of 12: A Black Rhino mother stands watch protectively over her young calf that is sleeping amongst a thicket 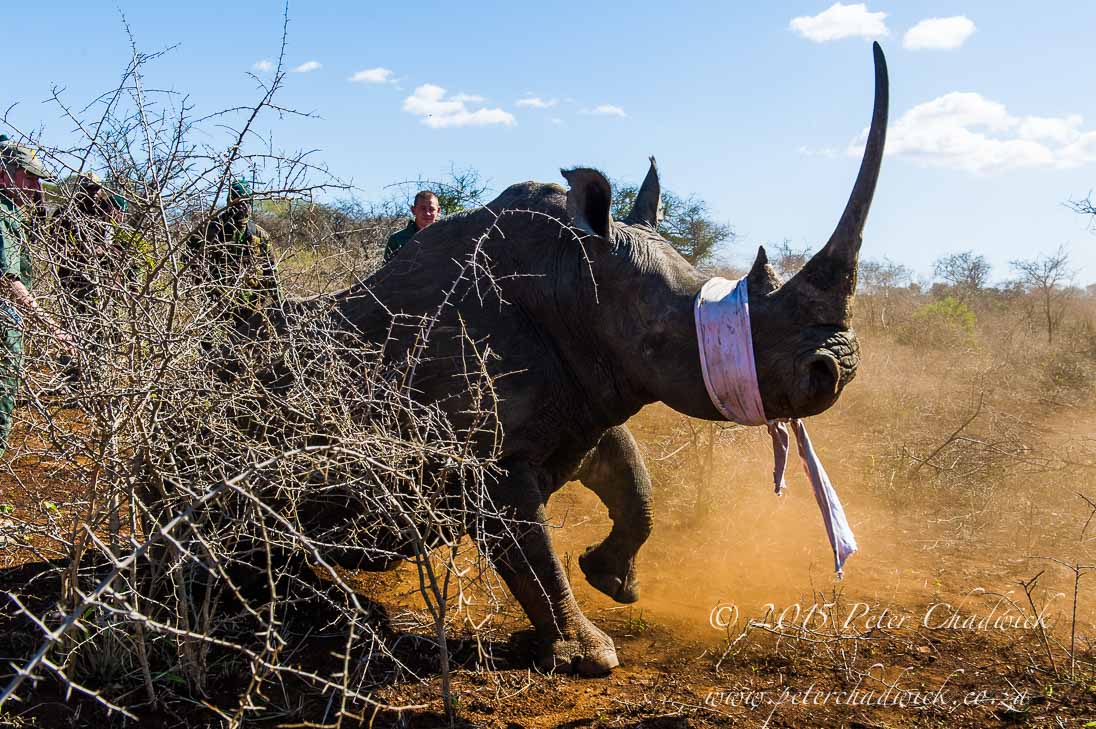 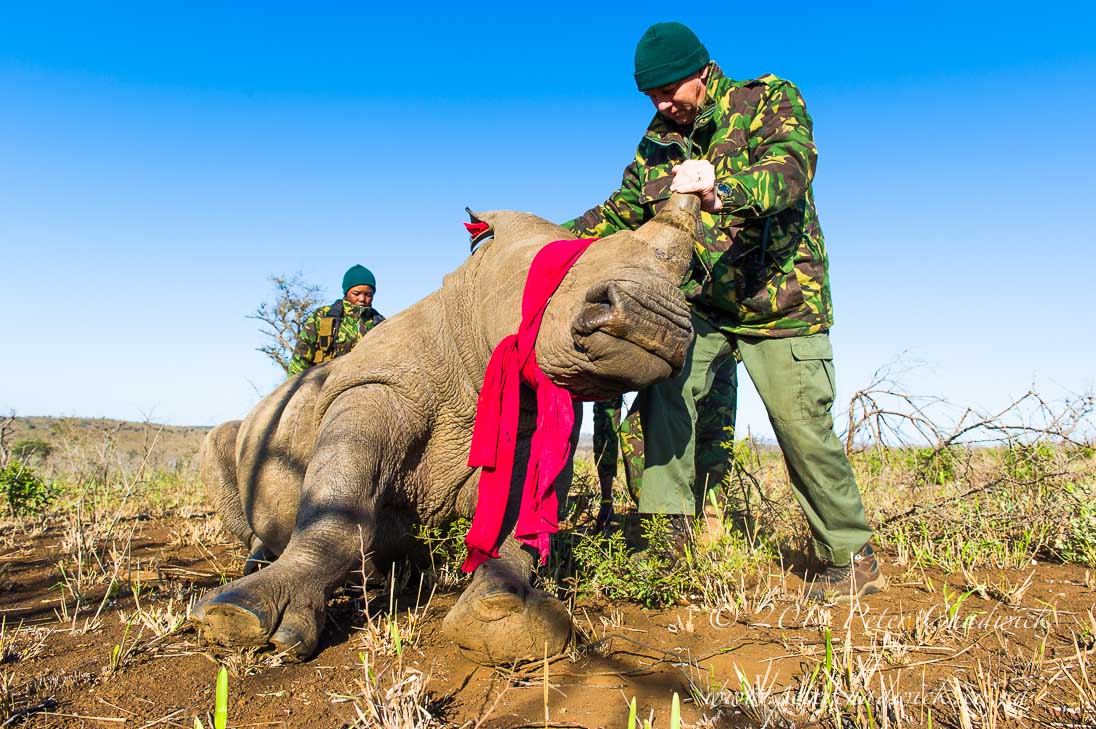 8 of 12: A young White Rhino that has been captured as part of an exercise to assist with anti-poaching is carefully held to prevent injury to the rhino 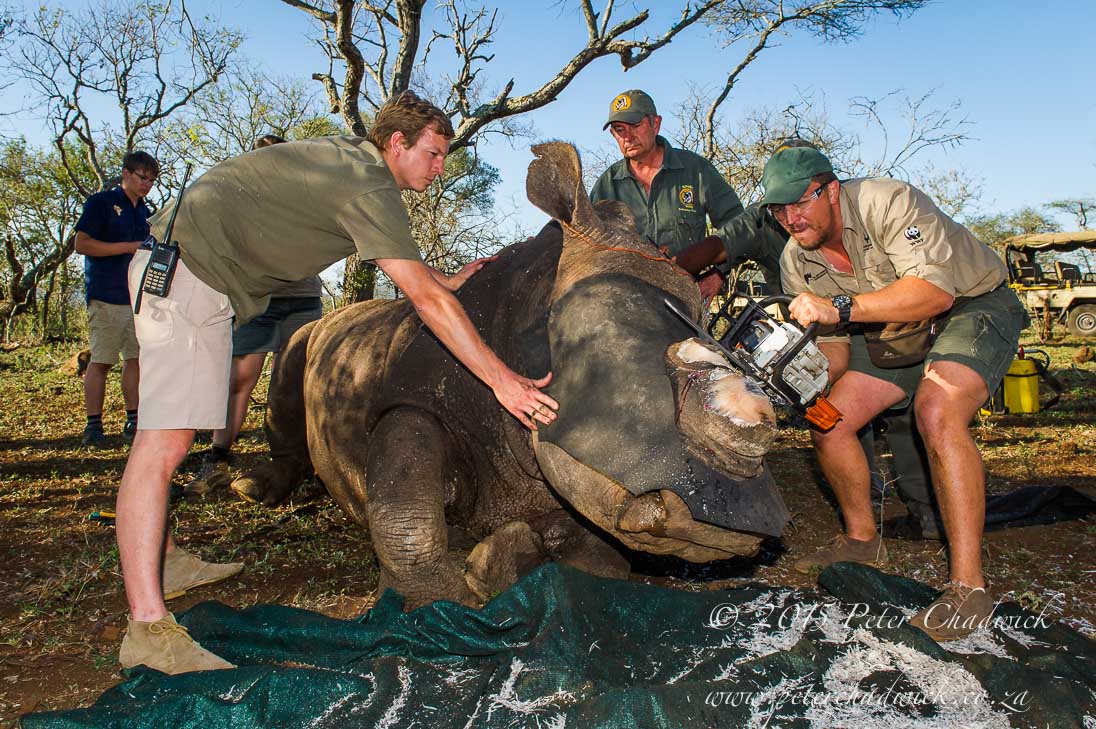 9 of 12: A White Rhino has its horn removed by conservation officials in an effort to reducing poaching of the animal 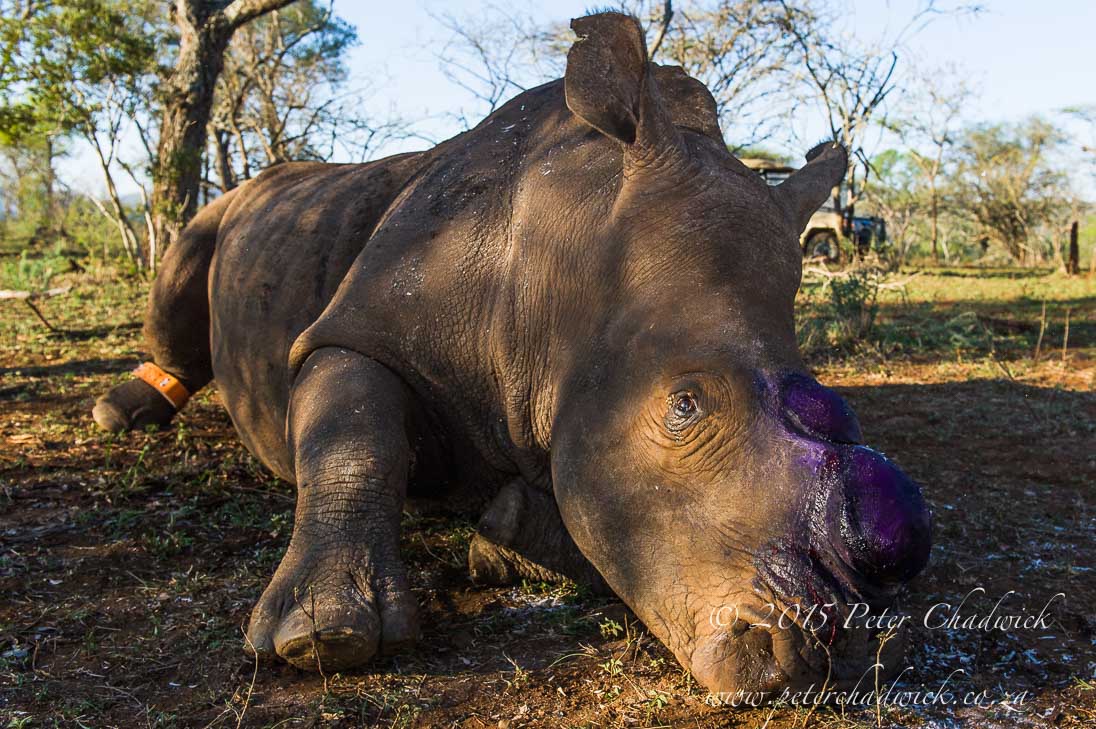 10 of 12: A White Rhino awakens after a de-horning exercise to reduce the threat of poaching 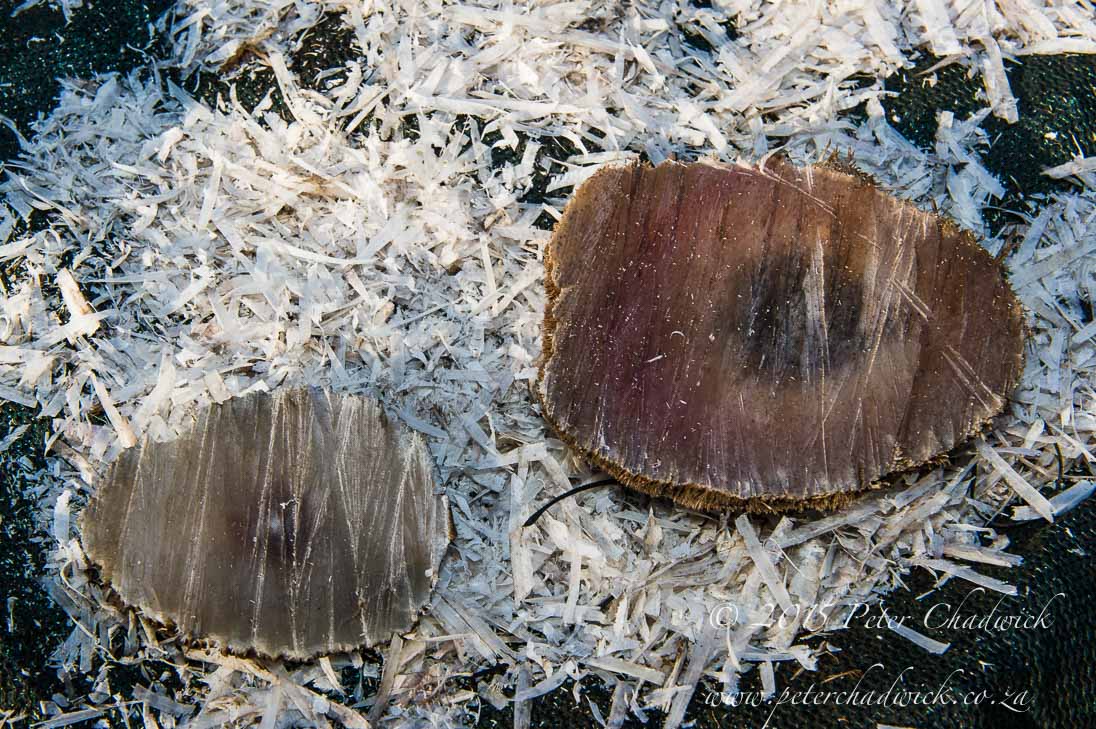 11 of 12: Horn stubs and shavings lie on a mat after a rhino de-horning exercise that aims to reduce the threat of poaching 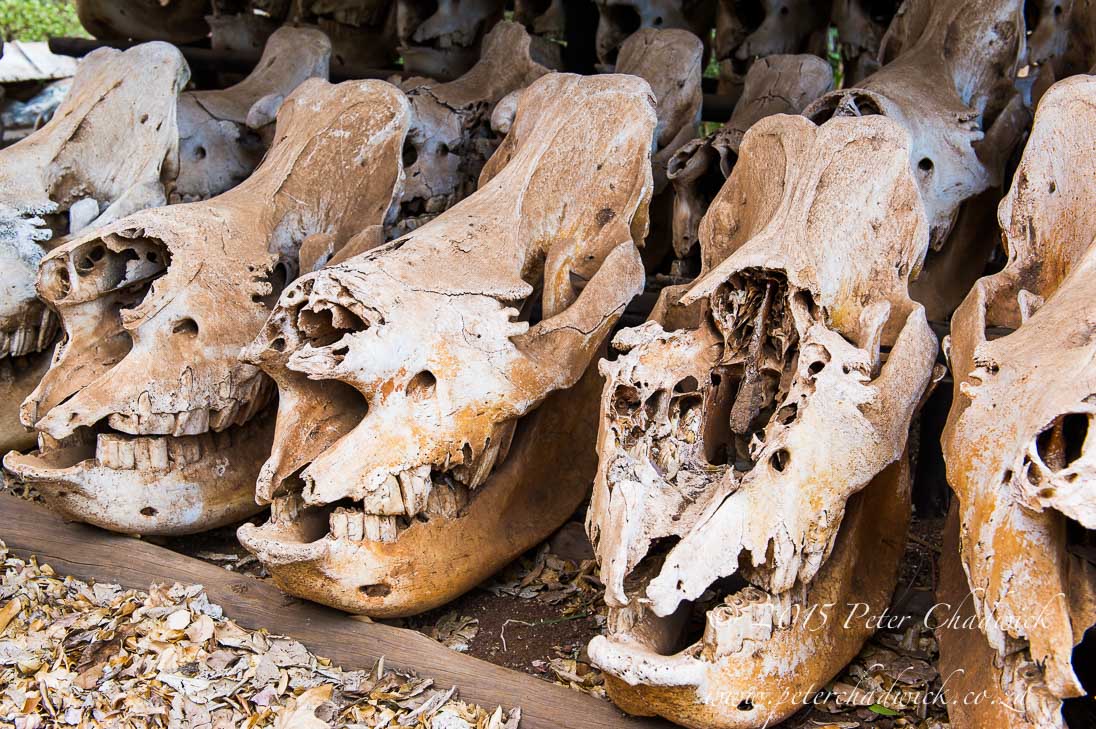 12 of 12: Dusty bleached skulls that have been lined up on display are a grim reminder of the impacts to rhino populations through poaching