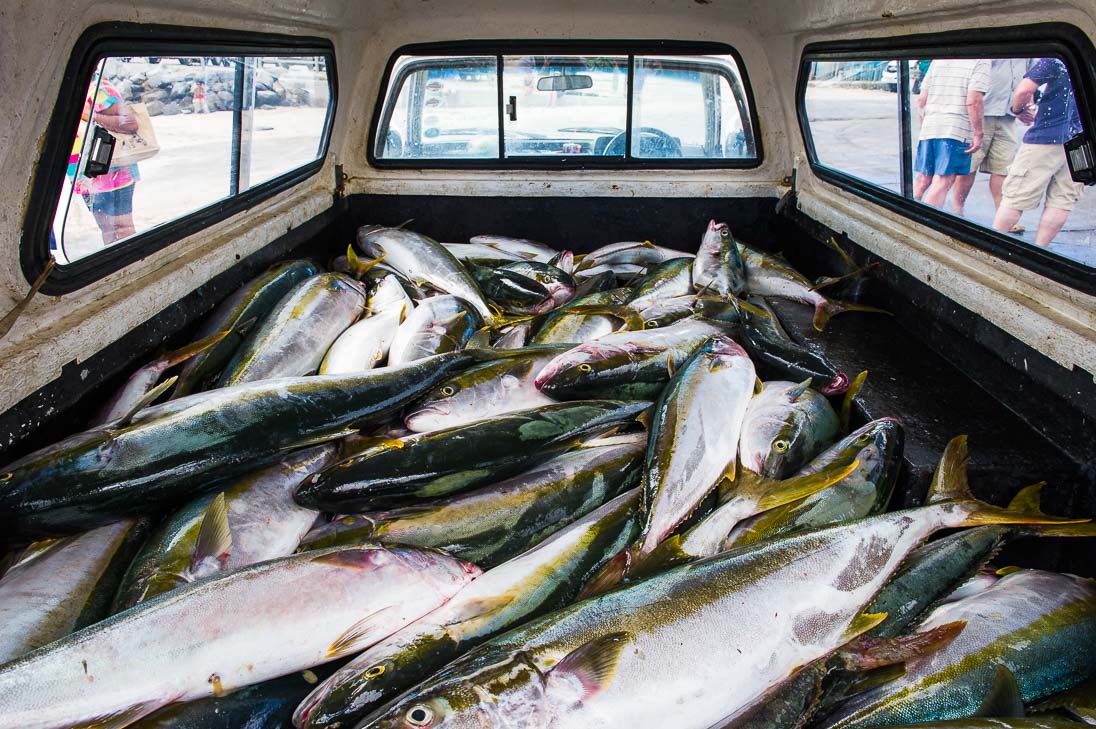 South Africa’s marine resources are under dire threat and our marine protected areas (MPAs) are facing ever-increasing risks. These come not only as a result of illegal activities but sadly also from political agenda’s which are perhaps more insidious! Greater awareness of such issues, careful consideration and transparent dialogue is needed into the future so to ensure that these resources remain protected. Failure to do so will negatively impact ALL South African’s!

The recent opening of the Tsitsikamma Marine Protected Area to fishing is a prime example of this poor decision-making. This is not only a Garden Route issue but will have huge negative impacts at the National level. It is well recognized that South Africa’s line fish stocks are severely depleted with many species sitting at levels of only 2-3% of their original populations. MPAs are therefore critical “banks” for restocking of our fishery reserves where the “interest" gained from spillover and reseeding into other areas ensures ongoing and sustainable opportunities for coastal communities around the entire countries coastline.

It is precisely due to the dire straights of our current fisheries elsewhere along the coastline that the calls have now been made to further plunder them and fish within MPAs. Allowing this is a foolish strategy, as just as it is unwise to plunder cash reserves in the bank, so too is it unwise to start plundering the last remaining fishery resources within a MPA - MPAs are the opportunities for growing the countries “fish-capital”. The Minister of Finance is certainly not allowing the plundering of the countries finances, why is the Environmental Minister therefore allowing the plundering of marine resources?

It is fully understandable and acceptable that genuine impoverished communities should have some form of opportunity to resources upon which they depend, however in the case of Tsitsikamma, access is being provided to a much wider group of individuals for recreational purposes and this therefore will quickly deplete stocks of fish that have been built up within the MPA over the last 63 years. Scientific studies have identified that it will only take around 60 days to deplete the fish stocks with in the newly opened areas. What will happen then – will the fishers then demand other areas to be opened?

Better, more sustainable and longer-term opportunities and benefit from MPAs do exist and are possible, but this issue has been rushed through from a political agenda only. MPAs are a national issue and stakeholder engagement must therefore include all interested parties from across South Africa or at least its coastline. The claims of extensive consultation for the reopening of Tsitsikamma are incorrect as this was only carried out at a very localized level. Opening the MPA to fishing will not benefit communities or conservation in the longer term and will only further deplete already severely threatened resources.

A similar situation developed in the Dwesa–Cwebe MPA where I facilitated rather difficult and tense workshops and yet we still found viable solutions that would allow the opening of some areas of the MPA to local fishing while other new areas would be closed to compensate and expand the conservation value of the MPA. These win-win solutions were developed and agreed upon together between scientists and local communities. Government sadly ignored these solutions and just went ahead with opening sections of the MPA. Similar such plans of opening are also on the cards for several other South African MPAs. Without integrated and well-balanced solutions being put into place the opening of MPAs will only further negatively impact the very communities that Government is claiming to aid.

South Africa has good marine and fisheries legislation in place, however enforcement of this legislation is extremely poor or even non-existant at all levels. A first step to ensuring sustainability of our marine resources for the benefit of all of our population must be through effective enforcement of this legislation. This will then allow our much-needed MPAs to function properly and enable them to reseed and replenish other areas. The manner that Tsitsikamma has been opened will only create further problems into the future!