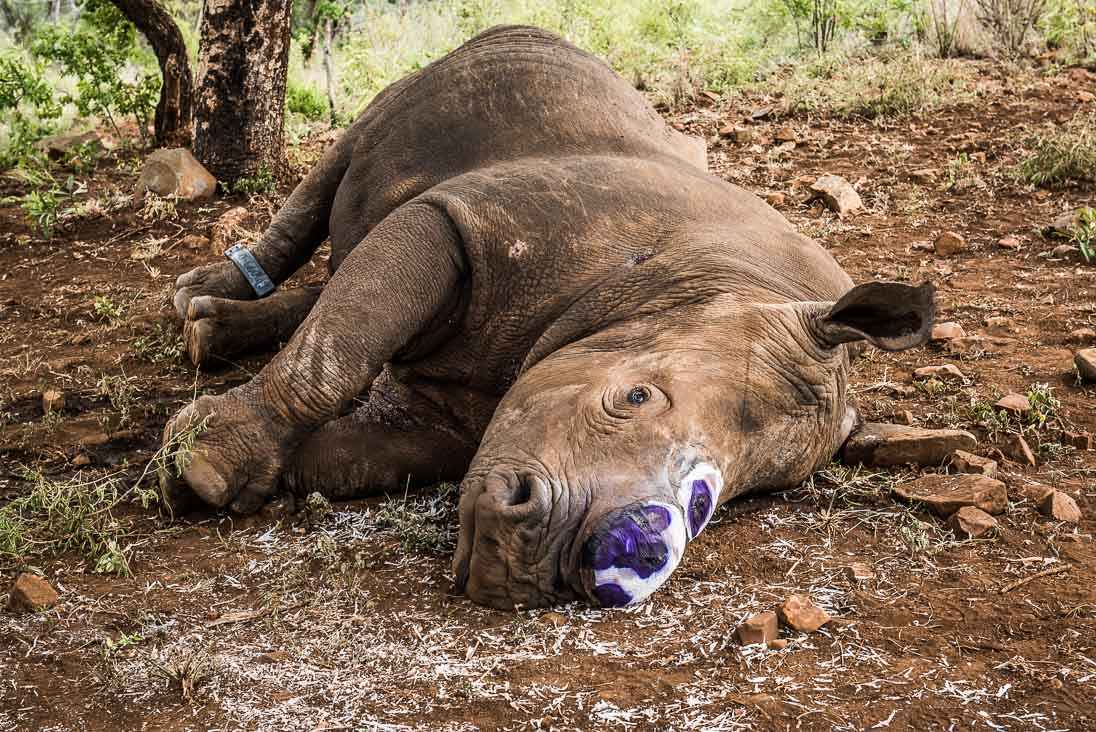 This White Rhino bull had been wounded by poachers using a heavy calibre hunting rifle and had a bullet lodged high in his back. Fortunately, the highly vigilant rhino monitoring team from the protected area picked up blood speckles in the tracks of the rhino and managed to then follow and locate him.

A wildlife vet was immediately called in and with the aid of a helicopter team, the rhino was sedated and the bullet wound successfully treated. As a further precaution, the horns of the rhino were removed so as to take away the risk of poachers coming back again to target this magnificent animal. The purple on his horn is an antiseptic spray, the colour of which will fade away with time. Dehorning is a temporary measure as the horns do grow back within 18 – 24 months. As an additional safety measure, a radio tracking collar was fitted to his hind leg, this will allow the rhino monitors to keep a close eye on the rhino as he recovers.