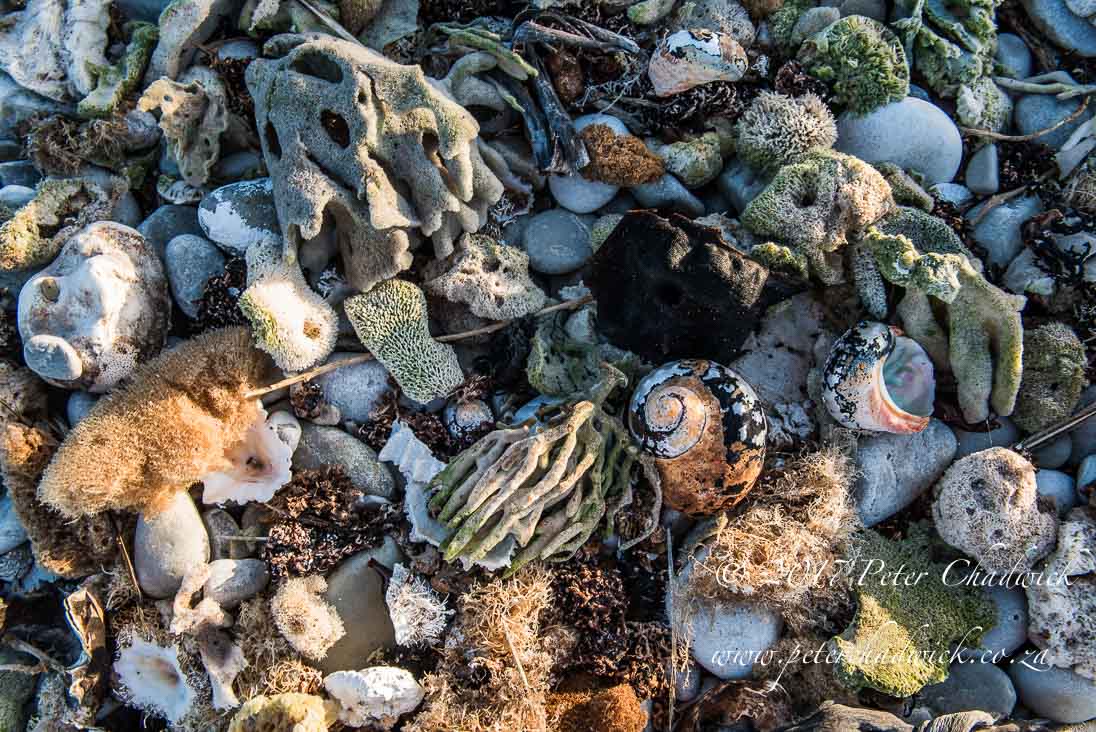 There is something special about exploring the high tide mark of a marine protected area. It is where the secrets of the ocean are often revealed, especially after a huge storm. Shells from numerous limpets, snails and clams lie amongst corals, sponges and seaweeds and occasionally, rare finds such as the paper brittle Nautils shell adds to the excitement of the search.

All of this attracts a multitude of insect life that slowly eats away at the bounty provided by the deep. In turn shorebirds and waders feed in numbers on the rich insect life and along the really secluded stretches of the coastline porcupines, jackals and even leopards will also come down to scavenge along the high tide mark. Nutrients that have been broken down also leach through the sand and filter back out to sea, feeding many of the fish species upon which coastal communities so depend. All of this beach detritus is the start of a complex nutrient-cycle that is so necessary for healthy functioning of the environment.

Sadly, the majority of people demand to have their beaches clean from what is seen as dirty, slimy waste and municipalities the world over expend vast amounts of money and effort on sweeping the beaches clean of all of the nutrient wonders. This has lead to beaches becoming totally lifeless, as the nutrient-cycle has been destroyed. We need to realise the important purposes that this beach detritus plays in supporting our own futures and should call for more protected beaches where life’s bounty can function as it should.