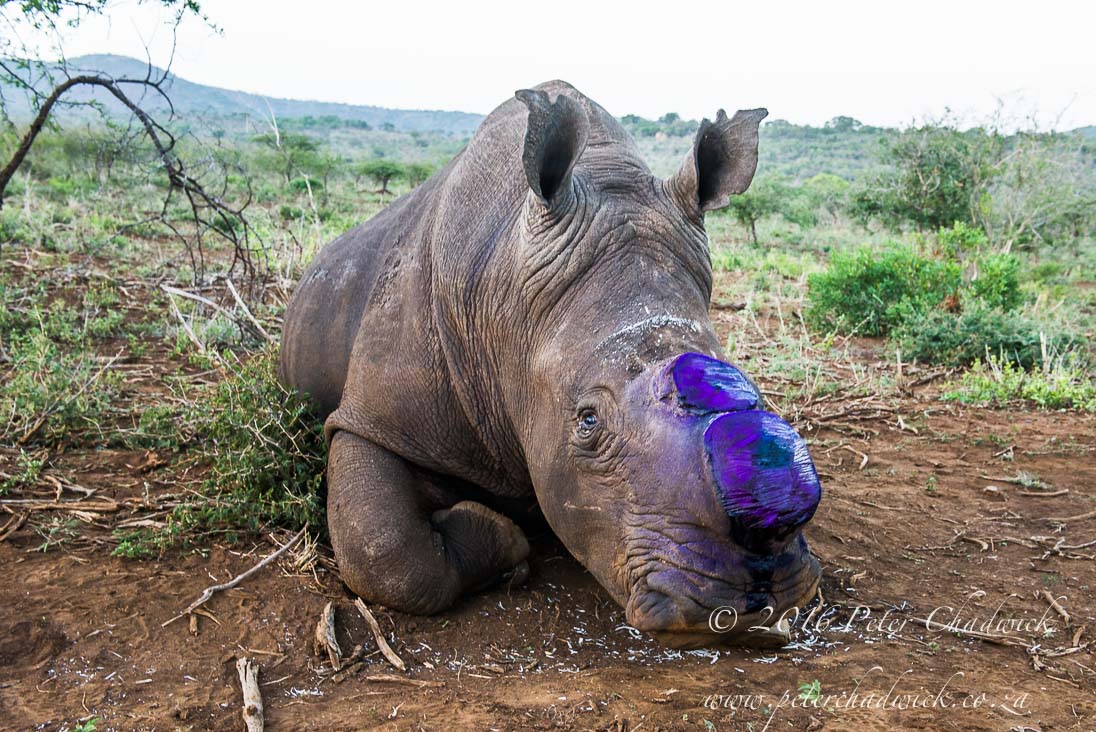 Despite tremendous efforts by both state and private landowners, poaching gangs continue to target the remaining rhino populations with devastating results. Managing, maintaining and equipping effective anti-poaching units to combat poachers is expensive and even where these dedicated rangers are in place, poachers are still entering the reserves to kill or maim for rhino horn.

Up until now, the birth rate for rhino has exceeded the poaching rate, however, with the increase in poaching effort, it is predicted that this will change within the next year. For this reason, it is more important than ever to protect the rhino population, even if it means taking such drastic and controversial steps as dehorning! All removed horn is immediately whisked away from the reserves to a place of safekeeping and in accordance to legislative requirements.

It is hoped that in the time that it takes for the rhino's horn to regrow, long lasting solutions will be found to stop this poaching war. In the meantime, the reserves anti-poaching units will continue to operate at full force. We need to fully support the conservation efforts being made by these reserves that are trying their upmost to protect the rhino.