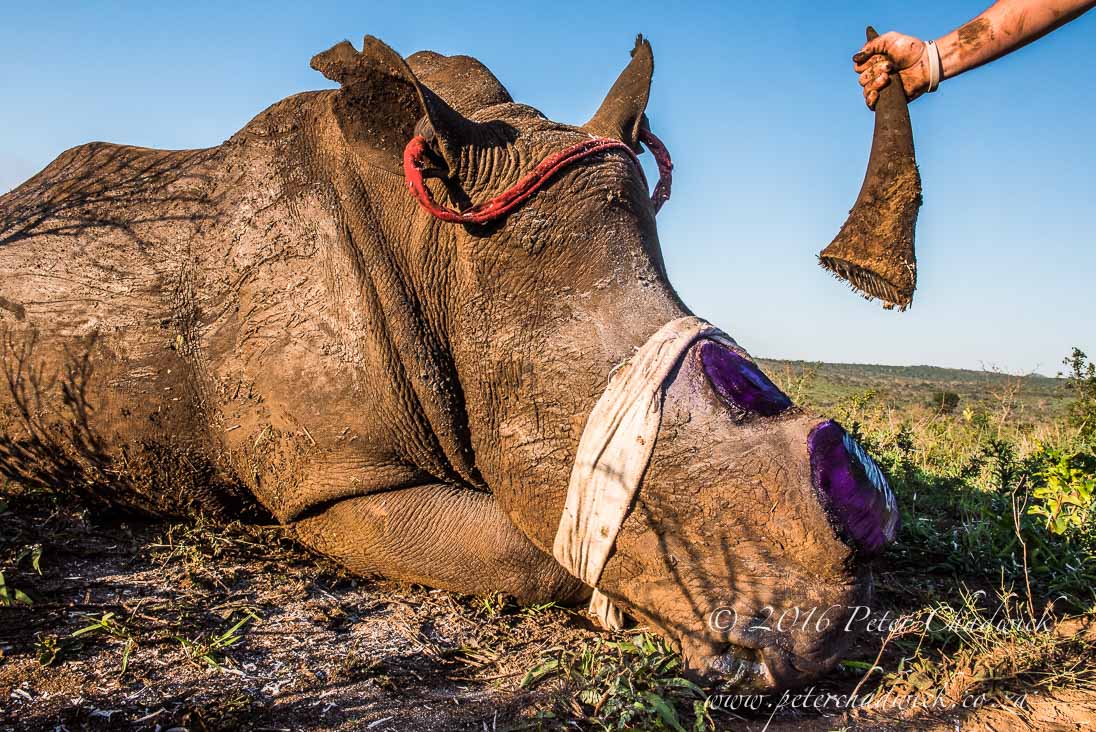 After a month and nearly 5000kms later, I am finally back at home, being bowled over with excitement by dogs and family! My latest trip took me back into the heart of the rhino crisis, were I undertook a number of security and risk assessments for a couple of private reserves and also photographed the large -scale dehorning of white rhino at the Phinda Private Game Reserve with Simon James Naylor and his amazing conservation team.

The journey was both physically and emotionally challenging and after speaking to countless people, the sad reality hit hard, that time is running out for the rhino unless we can collectively find a long-lasting solution to the poaching crisis. Phinda had to take a hard decision to dehorn their rhino, but it was definitely the correct decision for now and they need to be hugely congratulated for their tremendous conservation effort! Mike Toft, the vet who undertook the actual dehorning, summed it so well by saying, "He would rather see 200 dehorned rhino alive than have to carry out an autopsy on one dead rhino".Over the next while, I will be posting more on the details of the trip, but one thing is for certain, I am forever changed from the latest experience of being physically so close to so many rhino while watching their horns being removed!